Snakeheads have gained popularity as a gamefish in the fresh and brackish waters on the eastern seaboard and Florida, and catching one for a tasty meal doesn't sound like a bad idea.

Snakehead fish is good to eat as it's a valuable source of protein. Snakeheads are an invasive species that is not native to the U.S. and a great way to reduce their population is to use them as a major food source.

This is exactly what has been done with the invasive lionfish in the Florida keys. The lionfish has been taking over the coral reefs and now you can find it on the menu in most restaurants in the keys.

That is the plan with the snakehead fish. Get people to eat it and they will see how tasty it is and they will begin to fish for itv and eat it on a regular basis.

All you need is the right recipe to make a tasty, delicious meal. But, before sitting down at your dinner table to enjoy your meal, here are some things you should first know about snakehead fish.

Why the Name Snakehead Fish?

The northern snakehead fish is regarded as an invasive aquatic fish in the United States. Snakeheads obtained their unique name due to their extended, cylindrical body shape and the bigger scales covering all around their head, giving them a snake-like look.

Where to Catch Snakehead Fish 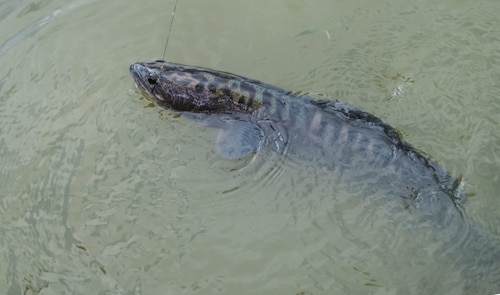 The Northern snakehead can be caught in Maryland, Washington DC, Delaware and the surrounding areas. They are also found in catchable populations in Virginia, Pennsylvania, New York, New Jersey, and Arkansas.

There is a belief that flooding of drainage canals permitted the population growth and spread of northern snakeheads in the Mississippi and Arkansas Rivers.

The bullseye snakehead can be found in the waters of south Florida. Bullseye snakeheads are a warm water species that cannot survive in colder water, so they probably will not be expanding their population beyond the southern half of Florida.

How Snakeheads Adapt to the Environment 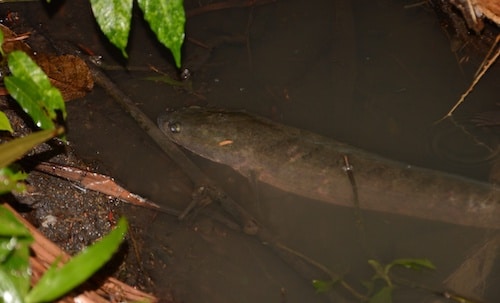 Snakeheads have existed for an extended period now and are certainly known for their aggressive nature once they get mature. Snakeheads have the ability to breathe air and use that oxygen to survive. It is estimated that they can live up to four days out of water, by breathing the air and extracting the oxygen.

The abilty to get oxygen out of the air allows them to live in poorly oxegenated water like mud puddles and drainage ditches, where other fish cannot live.

This will make them very difficult to eradicate.

Snakeheads may feed on frogs, small reptiles, other smaller fish species, and birds.

Snakehead fish mature sexually as early as 2 or 3 years. At this time, snakeheads can spawn various times each year and in various water temperatures. Adult snakeheads watch over their eggs until they hatch and protect their young ones as they grow. Surprisingly, both males and females play a role in raising their young ones.

How to Catch Snakehead Fish

Snakehead fish have a large, ugly, cylindrical body, and catching them requires heavy equipment. You can use either baits or lures to catch snakeheads. Keep in mind that lures give the best catch during summer seasons while baits are most efficient during winter seasons. But it can vary a little due to changing weather conditions during fall or spring. Fortunately, you can find great snakehead fishing lures and snakehead fishing baits available for sale online.

Heavy rods and reels are necessary to catch these hard fighting fish. Most anglers use their bass rods and reels, but heavier is always better when doing battle with a snakehead.

Another method used for catching snakeheads is called bowfishing. This involves using a special bow and arrow with a reel attached and stalking into range of an unsuspecting snakehead.

Click this link for a guide to bowfishing snakehead fish.

Can You Eat Snakehead Fish in Florida?

Even though the Florida population of snakeheads is a different species, the bullseye snakehead, it is still very good to eat and an excellent source of protein.

We love to eat snakehead in Florida that is breaded and fried, served with a side of tartar sauce.

Despite being such an ugly fish, snakehead taste really good. They have a very mild flavor that isn't fishy at all. This allows them to be cooked in many different ways, from fried to blackened, sauteed and baked.

Care should be taken not to overcook snakehead filets, as they can lose their firm and flaky  texture and become mushy.

The fact that snakehead is so good to eat is why it has been spread all over the globe. In other countries, snakeheads are farmed for their meat, because it is in such demand.

Many snakeheads escape from these farms and establish populations where they did not formerly exist.

Unfortunately, this has been a disaster for native fish species because the snakehead eats everything and anything and forces other species out of their native habitat.

One of the ways that we can combat this issue of runaway snakehead populations is to eat more snakehead!

Can You Eat Snakehead Fish In Virginia? 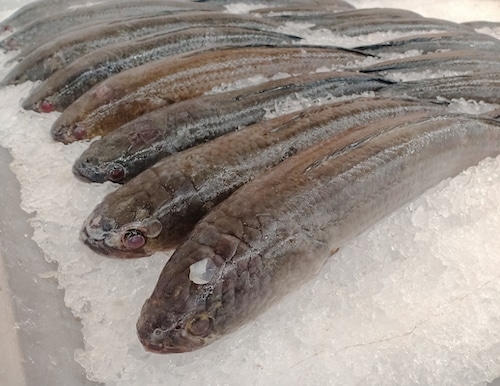 Something To Consider When You Eat Snakehead Fish

While the snakehead fish is safe to eat, just as with any wild fish caught for consumption, you should take precautions to clean and cook the fish correctly.

Many wild fish found in the same waters as snakehead fish are contaminated with Polychlorinated biphenyls, or PCBs, from years of dumping during the industrial revolution.

These chemicals get into the food chain and eventually find their way into the fish that humans are eating.

PCBs will settle into the fat of the fish, so the best way to protect yourself from these chemicaks is to remove as much fat as possible before cooking.

The best way to do that is to filet the snakehead and remove the skin, along with the layer of fat that is found between the skin and the flesh. This will leave you with a firm, white filet that is delicious when fried or blackened.

If you prefer to bake or grill your fish, you should do so on a rack that will allow the fat drippings to fall away from the fish.

Another concern, when eating any wild fish, is the possibility of mercury consumption.

There is no way to reduce the amount of mercury present in the fish that we eats, therefore it is recommended to limit your consumption of older, bigger fish and try to consume smaller fish that typically have less mercury.

These concerns are not just with snakehead fish, they also apply to all fish that come from waters, like the Potomac, that have known contaminants in them.

Snakehead fish are an invasive species that are known for rapidly expanding populations that eventually threaten the native species in the body of water. As a result, laws are being passed that make it illegal to return a snakehead to the water if you catch one.

The laws say that if you catch a snakehead, you must kill it.

Which makes the snakehead an ideal fish to eat.

Snakeheads are a hard fighting fish with a wonderfully firm and flaky texture, and eating snakehead fish is a great way to keep their populations in check.

If you find out that snakehead fish have infested a pond, river, or canal near you, get out and catch this exciting fish and enjoy the bounty of your catch. There are no limits on snakeheads and when prepared correctly, your family will be asking for more Friday night fish frys.